started a topic over 6 years ago

I'm trying to set up a new IFTTT recipe using channels Weather and LaMetric. I have others that work, but now after selecting the weather @ 7:30am (If part), when I select the LaMetric as the "then that", the select button never sees either of my two LaMetrics, which it used to. I've reconnected my LaMetric channel using both my browser and Samsung note 4, but still I don't see the devices in the pull down. All that is showing is 1 option, a select button, but no devices found. I'm thinking that something is stuck in a cache and needs a refresh, but don't know. All my other LaMetric recipes are also still working. I've also sent a similar request as this to IFTTT support.

Sorry for the delay, yes both of my LaMetrics are on the latest LaMetric 1.6. Problem still persists solved. Here's some of the debugging I went thru this morning.

Checked again this morning with both the web and mobile apps. Still the same. When you say reloaded, I'm on the latest firmware. But haded reloaded the IFTTT App inside the LaMetric (read further).

I'd believe that the problem is somehow carried from the point at which the ITFFF recognizes that I have a or more than one device. That would be stored on your servers, and somehow is corrupt, or at least not referanceable regardless of the interface. Possibly something in a cache that can't recover.

I've even tried reconnecting the channel, and the problem still persists.

Solved, I deleted and reloaded the IFTTT Display App in one of the LaMetrics. Then tried the IFTTT UI. That LaMetric was there. I did the same on the second LaMetric, then tried the UI, the second showed up. It appears that when you load the IFTTT app in the LaMetric, the reference id to that device is stored on IFTTT (possibly), and for whatever reason, possibly some upgrade or simply corruption of data, the device pointers were lost.

I be a happy IFTTT and LaMetric customer, yet again. Off to IOT automation. Thanks for your patience.

said over 6 years ago
Answer

@ Grant Please reload your device (turn it off for some time and then turn on). After that try to create a new recipe again.

I have rebooted both my computer and phone, even reconnecting the channel. In neither the web nor my Samsung Note 4, does the pulldown ever provide one or both of my LaMetrics (screen below). 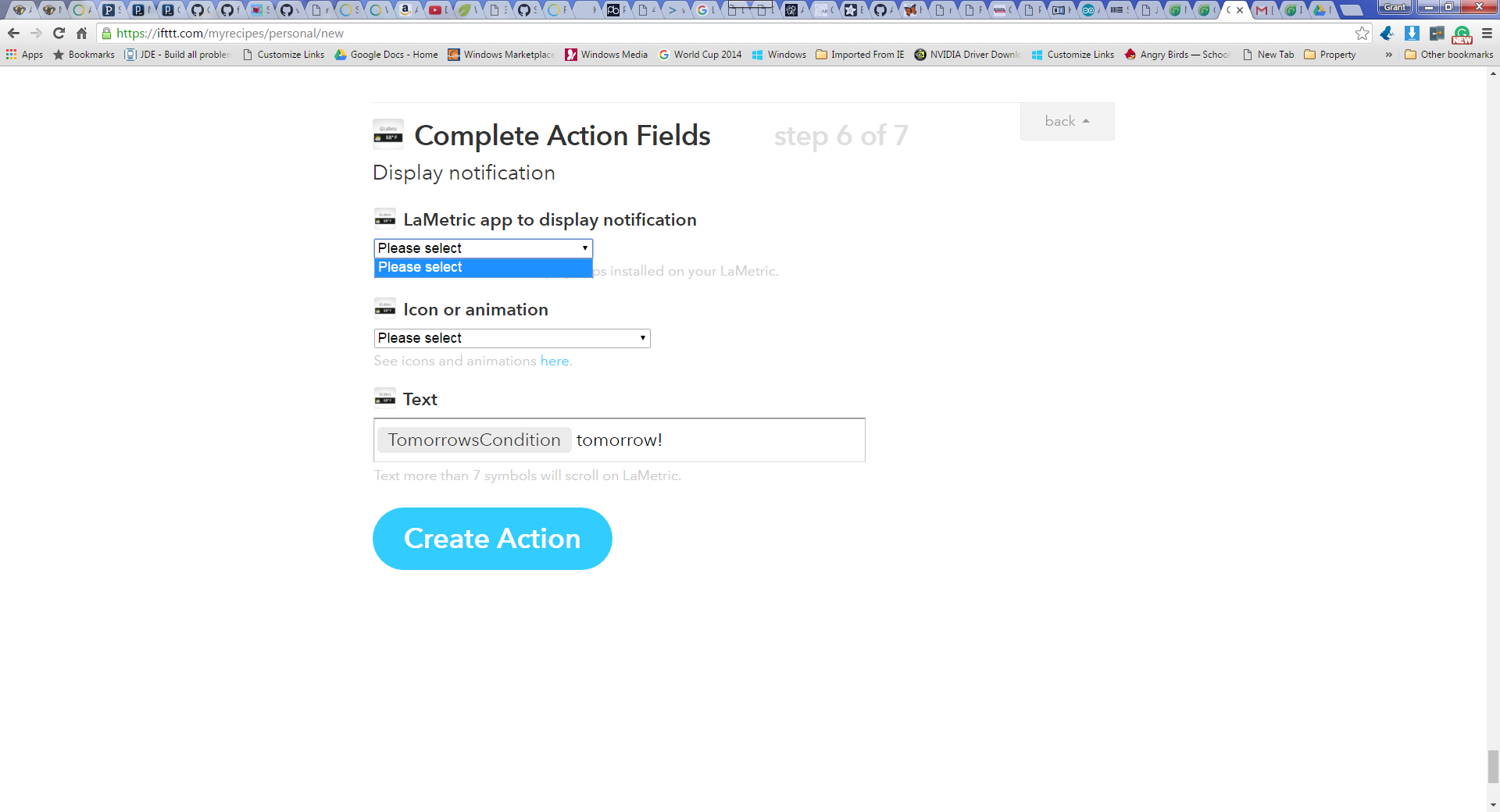 @ Grant Have you reloaded your LaMetric devices too?